Is An Apology Enough? 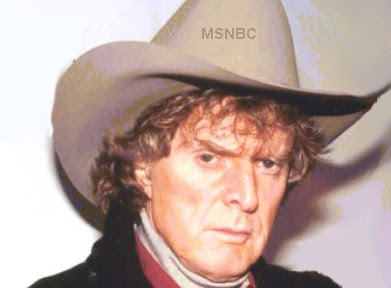 It's a familiar dance that plays out ever more frequently in our popular culture. A public figure transgresses, and we wait to dissect the apology. Was it sincere enough? Contrite enough? Specific enough? Did he feel our pain?

Don Imus' critics don't really care. For them, it's time to dispense with the ritual and move on to a world where actions have consequences.

Not that the radio host wasn't working hard to save his job on Monday, seeking to atone for his "nappy-headed hos" comment in a testy appearance on the Rev. Al Sharpton's radio program. But for many, the public apology — used so often in the past year — was seeming like a tired vehicle, even a "meaningless incantation," in the words of ethics columnist Randy Cohen.

"I don't care about an apology," said Angela Burt-Murray, editor in chief of Essence magazine, who's been one of the stronger voices speaking out against Imus' characterization of the Rutgers women's basketball team. "You're not a child on the playground. You're an adult who needs to take responsibility for his actions. And there need to be consequences."

For one of the nation's top feminist activists as well, Imus' efforts at public remorse are pointless.

"It's completely hollow," said Kim Gandy, president of the National Organization for Women, who called his words "beyond racist and sexist." Her organization launched a drive Sunday for members to contact Imus' corporate bosses at CBS Corp. and NBC Universal to demand his firing — and she says a few thousand have responded so far.

"This guy is just trying to get himself out of trouble," said Gandy. "It's hard to take him seriously when you look at his past. He's not a first-time offender. The 47th time, I think it rings pretty false."

Imus had made several attempts to apologize for his remarks — his level of contrition apparently expanding with each new attempt. Last week, he said people should relax rather than be incensed over "some idiot comment meant to be amusing." On Monday, he gave a 10-minute explanation on his own show, saying "you can't make fun of everybody, because some people don't deserve it," and indicated the climate on his show would change. On Sharpton's program, he acknowledged he'd gone "way too far."

By the public-apology standards of the past year, he's trying hard. Gibson went on national television with Diane Sawyer to say he wasn't an anti-Semite. Richards, aka Kramer of "Seinfeld," made a rambling apology on David Letterman's for his "n"-word tirade. Author James Frey faced the music with Oprah Winfrey. And Sen. John Kerry, after his gaffe about the military, went to explain himself at the microphones of ... Don Imus.

This ever-rising chorus of mea culpas leaves Cohen, author of a syndicated ethics column, rather disgusted.

"What passes for a public apology is utterly pro forma," he said. "It's: 'I apologize and I take full responsibility' ... after which the person goes right on and does the same thing as before."

Cohen was careful to note that there ARE times when apologies are meaningful. When you're in a fight, for example, and you say something hurtful at the height of passion, your apology means something.

Or when your apology has real meaning, such as recent official apologies for slavery by the Virginia Legislature and the North Carolina Senate.

Or when the person apologizing shows real, undeniable remorse and a clear intention never to repeat a similar offense again. Few people believe that about Imus, Cohen says.

The "nappy-headed ho" comments were "only a slightly exaggerated form of what Imus does every day," Cohen says.

1. its rediculous to think you know the heart of anyone. bullocks.
* you - generic plural for mankind.

2. What other job can an adult get fired because someone said something offensive. Rediculous.

3. if people would make this big of fuss over the atrocities in Darfur or the fact that since the 70's, a third of the AA population has been aborted, or that we raise our children to think it's ok to shoot and kill a 16 year old (God rest his sweet soul), then maybe we could get some perspective on these comments, ignorant though they were.

Don got what he deserved.

Why isn't anybody doing anything about Darfur?

There's no money in it - at least the Imus thing sells papers.

A lot needs to change, and starting with the man in the mirror is not gonna do it.

Imus sucks and was never funny. He's a class A ass for his comments re: Rutgers BB Team. Deserve to get fired, I don't know. Perhaps the court of public opinion should have decided that i.e. listeners tuning out. I'm not crying over it, but for the reasons Lady-C cites I kinda wonder if this is so important. Stern’s offended much worse, but maybe nobody sees him as being a legitimate ‘newsman’ as some actually do Imus.

I wonder when Rev. Al is going to get around to publicly apologizing to Steven Pagonas?