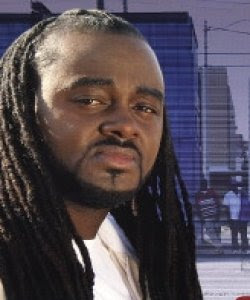 This brother attended Benedict while I was at Carolina and we would occasionally rock the same party....He even joined me onstage at the old ACME about 10 years ago. Brother can freestyle about ANYTHING and make it make sense. He's using his music for POSITIVITY. As long as brothers like him keep doing this kind of work, I know that Hip-Hop is still alive at the grassroots level (even when the mainstream is pimping the culture)

Peep the link in my sidebar for more info (L.I.F.E. Project)


About SPECTAC (Mervin A. Jenkins) was born in rural South Carolina, USA. His mother, a retired school teacher, and father, owner/operator of an auto shop, both encouraged him to strive for excellence in all his endeavors. Jenkins attended high school in Holly Hill, South Carolina and went on to attend Benedict College in Columbia, South Carolina where he received his undergraduate degree in Art Education. Not long after completing his program of study at Benedict College, he took a full-time teaching position at a middle school in Charleston, SC. It was during this time that he also enrolled in a graduate program at Charleston Southern University and completed his graduate degree in Secondary Educational Leadership.

During the years when he was attaining advanced degrees and teaching school, Jenkins developed strong ties in the entertainment arena. Under the stage name Spectac, Jenkins most recent studio recordings with 9th Wonder (NC producer - Jay-Z, Destiny's Child, Pete Rock) have led to the much anticipated release of his debut album Spectac, Starring in Superman for Life.

Jenkins will be the first to admit that it is not easy dividing his life between educator and musical entertainer. Nevertheless, he brings energy and passion to them both, making it no surprise that people of all ages and backgrounds are so touched by his live testimonials.

In 2006, Life Through Music was born. Jenkins created this lecture-performance program as a way to provide today's youth, in both public and private institutions, the opportunity to hear how he overcame the negative influences of drugs, alcohol, and the numerous other temptations often associated with peer pressure.

The LTM performances are tailored to suit each group's needs, interests, and age. Mervin Jenkins will work with your staff to create the most workable and desirable combination of lectures, hip hop and freestyle performance, and interaction with your young people.

LTM lecture-performances are perfect for students and adults of all ages. An important message, presented through music and language that young people respect, understand, and thoroughly enjoy.

Visit www.lifethroughmusic.com for more information and to book your school, company, or organization's Life Through Music performance today.
on February 27, 2008