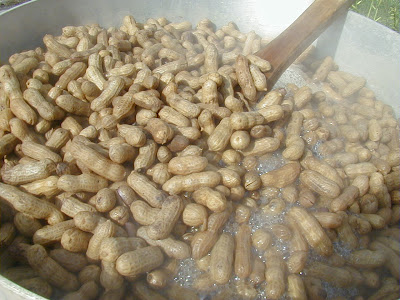 Study: Boiled Peanuts Are Richer in Antioxidants Than Raw or Roasted Peanuts

Reviewed By Louise Chang, MD
Oct. 26, 2007 -- Boiled peanuts may be the cream of the crop, besting raw peanuts or roasted peanuts in terms of nutrition.

That news comes from food scientists in Alabama, who ought to know about boiled peanuts, which are a Southern snack.

Next, the scientists made an extract from each batch of peanuts.

Lab tests on the peanut extracts show that boiled peanuts had higher levels of antioxidants than the raw and roasted peanuts.

Antioxidants, which come in many forms and are found in plants, may help prevent cancer, heart disease, and other chronic conditions, note the researchers.

When peanuts are boiled in their shell, the peanut kernel absorbs antioxidants that are in the peanut shells and skins. That can't happen with shelled, skinned�peanut kernels, the researchers note.

Their findings appear in the Journal of Agricultural and Food Chemistry.