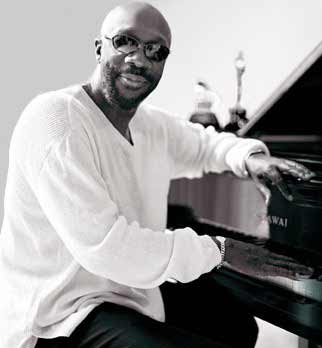 This is really too much in one weekend.

A Shelby County sheriff's deputy responded to Hayes' home after his wife found him on the floor near a treadmill inside his home.

Hayes was taken to Baptist East Hospital in Memphis, where he was pronounced dead at 2:08am.

Deputies with the Shelby County Sheriff's Department are continuing their investigation into Hayes' death, but they believe no foul play was involved.

Isaac Lee Hayes, Jr. (August 20, 1942 – August 10, 2008)[1] was an American soul and funk singer-songwriter, musician, record producer, arranger, composer and actor. Hayes was one of the main creative forces behind southern soul music label Stax Records, where he served as both an in-house songwriter and producer with partner David Porter during the mid-1960s. In the late 1960s, Hayes became a recording artist, and recorded successful soul albums such as Hot Buttered Soul (1969) and Black Moses (1971) as the Stax label's premier artist.

Alongside his work in popular music, Hayes was a film score composer for motion pictures. His best known work, for the 1971 blaxploitation film Shaft, earned Hayes an Academy Award for Best Original Song (the first Academy Award received by an African-American in a non-acting category) and two Grammy Awards. He received a third Grammy for the album Black Moses.

In 1992, in recognition of his humanitarian work, he was crowned an honorary king of Ghana's Ada district. From 1997 to 2006, he provided the voice for the character "Chef" on the Comedy Central animated TV series South Park.