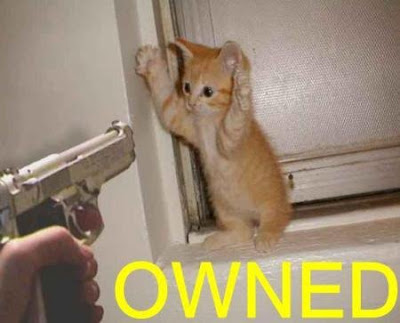 Hip-hop artist and activist Kamikaze of Jackson, MS, was suspended indefinitely from the Kim Wade Show on Jackson's WJNT-Talk radio (1180 AM) for anti-Bush comments. Following a monthlong tour of the Czech Republic, Kamikaze was set to return as Wade's co-host, but was informed just moments before going on the air. The reprimand, which stemmed from one angry listener, was based on comments Kamikaze made in his blog.

In it, Kamikaze blasted President Bush's foreign policies and encouraged fans to scream "f**k George Bush" during his shows.

Incidentally, this is not the first time that Kamikaze has come under fire for his anti-Bush commentary. In October, he was temporarily banned from Millsaps College in Jackson during an on-campus concert.

As a rebuttal, Kamikaze has recorded a new song, "Take Me Away (Mr. President)" that will serve as an open letter to the Commander-In-Chief. The song will be posted Friday and available for downloading at www.myspace.com/mrshonuff601.

Says Kamikaze, "Freedom of speech no longer exists in this country. I just toured a country that used to be under communist rule and they appreciated hearing someone speak out against a government...against a president", Kamikaze says. "I don't know if im being singled out but its unfortunate that the station caved to some random callers who disagreed with my viewpoints, but as I remember it that's what this country was founded on. If somebody hadnt spoke out against the government centuries ago, we'd still be ruled by a king and under British rule!"
on September 06, 2007