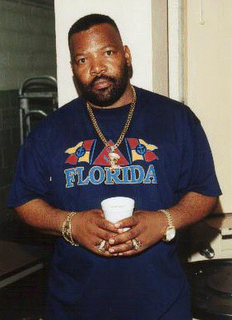 Josey Wales was one of dancehall's founding fathers, building on the innovative DJ chatting of his mentor U-Roy and creating a highly influential style of his own. Along with Brigadier Jerry and his sound-system partner Charlie Chaplin, Wales was widely regarded as one of the best DJs in Jamaica when dancehall took over the reggae scene in the early '80s. His gruff, gravelly voice and half-spoken, half-sung delivery were instantly recognizable, and were copied by many an up-and-coming DJ. Unlike his contemporary Yellowman -- perhaps the only DJ of the era who was more popular -- Wales pointedly refused to resort to slackness, keeping his lyrics purely conscious and Rastafarian. That meant he grew increasingly unfashionable over the course of the '80s, but he nonetheless continued to perform regularly, and remained a highly respected pioneer. Josey Wales was born Joseph Winston Sterling in West Kingston, Jamaica, and took his stage name from the Clint Eastwood Western The Outlaw Josey Wales; naturally, "The Outlaw" became a standard nickname for him, along with "The Colonel." Wales first performed professionally as a DJ with the Roots Unlimited Sound System in 1977, and made his name as part of U-Roy's King SturGav Hi-Fi Sound System, where he spent three and a half years in the early '80s. There he teamed with DJ sparring partner Charlie Chaplin in one of the most potent one-two punches of the era, which in turn made King SturGav arguably the biggest sound system around. Wales' first recordings were live performances issued on producer Bunny Roots' label, but he didn't enter the studio until he hooked up with the foremost producer in early dancehall, Henry "Junjo" Lawes. Wales began moonlighting for Lawes' Volcano sound system, and in 1983, he issued his first-ever single on the Volcano label, "Baby Come Home." "Baby Come Home" wasn't a big hit, but its follow-up, "Let Go Mi Hand," was a breakthrough smash that established Wales as a recording star, not just an electrifying live performer. His debut album, The Outlaw Josey Wales, appeared later in 1983, and it cemented his status as one of Jamaica's top DJs, behind only Yellowman at his peak. Further hits followed, including "Bobo Dread" (which appeared on a shared album with Yellowman, 1984's Two Giants Clash) and "Drug Abusing" (on his second proper solo album, 1984's self-produced No Way No Better Than Yard). In 1985, Wales moved over to producer King Jammy's label and recorded a series of hits that included "Na Lef Jamaica," "Ha Fi Say So," "Right Moves," "It's Raining," and "Water Come a Mi Eye," among others. The Rulin' album appeared in 1986 on the Black Solidarity label, and several collections of his work for Jammys also followed in the late '80s. By that time, however, Wales' style seemed increasingly out of date; other toasters had upped the ante for lyrical technique, and slackness and gun talk ruled the dancehalls, leaving little room for Wales' staunch Rastafarianism. Nonetheless, he remained an active presence on the Jamaican music scene for quite some time, both as a recording artist and as a mentor to up-and-comers like the young Shabba Ranks. He cut an album for George Phang in 1989 called Undercover Lover, and focused chiefly on collaborations during the early '90s. Duo albums with old cohorts U-Roy (Teacher Meets the Student) and Charlie Chaplin (Kings of the Dancehall) appeared in 1992 and 1994, respectively, and a duet with Beres Hammond, "Hey Girl," was a smash hit in the U.K. in 1993. The solo album Cowboy Style was released on King Jammy's label in 1994, and Wales also worked with the likes of Gussie Clarke, Tappa Zukie, Philip "Fatis" Burrell, and Bobby Digital during the decade. In 1997, Wales was robbed at a Kingston bar and managed to survive gunshot wounds; the incident briefly revitalized his recording career, as he scored Jamaican hits with the singles "Bush Wacked" and "Who Shot the Colonel" later that year. In 1998, Wales joined the reunited King SturGav Hi Fi Sound System, touring with the likes of Charlie Chaplin, Brigadier Jerry, and U-Roy.
on June 30, 2006