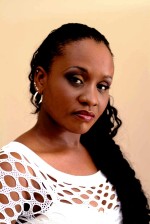 Biography: Tanya Stephens was born Vivienne Tanya Stephenson the second to last of 7 children in St. Mary, Jamaica. She was raised in St. Mary and in the tourist town of Ocho Rios. She began music as a hobby, in 1993 her first recording ‘Is This For Real?’ was included on the compilation Further East.

In 1994 she gave birth to her daughter Kelly. Two years later she recorded her first album, ‘Big Tins a Gwaan’ for producer Barry O’Hare on the X-Rated label. The title song was a hit and she followed up with two other albums that included his such as ‘Goggle’ and ‘Yuh Nuh Ready Fe Dis.’ Her hits were melodical full of humorous wit yet served as commanding statements of female sexual empowerment.

She moved to Sweden in 1998 to record the album ‘Sintoxicated’ for Warner Music Sweden. The album flirted with alternative rock music and was released in Sweden only, but after experiencing creative differences with her label and producers Tanya decided to return to Jamaica after 3 years in Sweden.

She began writing and recording dancehall music immediately with her partner Andrew Henton releasing the hit “It’s A Pity” produced by Pionear on the Seeds (Night Nurse) rhythm. The song was a major hit and VP Records came calling for an album.

In 2004 Tanya released her 5th album “Gangsta Blues” on her label Tarantula Records with distribution through VP Records. The album contained poignant lyrics of provocative subjects including “Little White Lie” and “Turn the Other Cheek.” The former about a woman who becomes pregnant during an extramartital affair (with a white married man) and misleads her mate into believing the child is his (a practice called giving him a jacket in Jamaica) and the latter a stinging social cry singjayed on an acoustic guitar rhythm. Never one to shy away from controversy “Breathe” is a love/hate song written from the perspective of a female stalker.

The album went on to become a major critical success and 2004 found Tanya performing constantly to support it. When she is not performing she enjoys writing songs, poetry and stories as well as dabbling in fashion, graphic and web design (she designed the logo for her Tarantula Records label). Watch out for Tanya....
on June 30, 2006