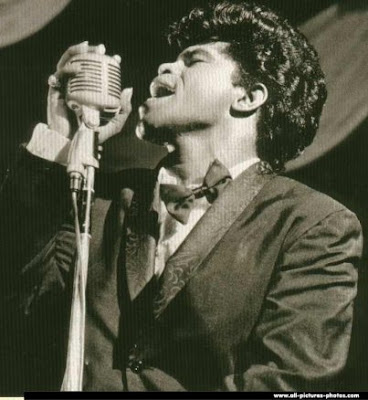 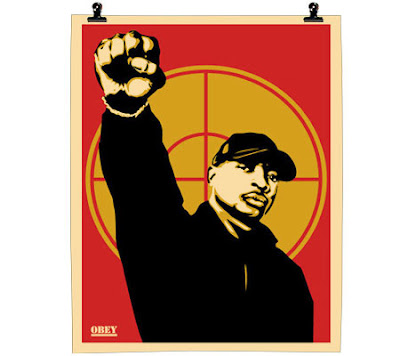 There's no excuse not to have a few stocking stuffers. Leading the pack is a new Chuck D/Public Enemy project that pays tribute to the late James Brown. Its done under the name The Peeps of Soulfunk and features SlamJam artists like singer Kyle Jason and his group the banned. It also introduces us to a new artist named Revue.The name of the album is 'Tribb to JB'

The project is off the hook as it manages to capture the musical essence and feel of many of Brown's classics like 'Say It Loud (I'm Black and I'm Proud)', 'Funky President' and my favorite 'Get Up, Get Into It and Get Involved'. At the same time Chuck and company add their own twists to some of these songs, by either rapping new lyrics or adding little riffs and extra beats here and there. Kyle Jason's band is superb. Trust me on this you will not be disappointed...

On a more somber note, I spoke with Chuck D the other night for a long time about the significance behind this project. He explained that as soon as Brown passed away last Christmas, he thought about doing a tribute album. What surprised him was over the past year was seeing that no other group had come forth to do something similar. To date the PE project is the only tribute album. Chuck pointed out James Brown's legacy has pretty much been obscured when you consider the impact he's had on music and his global appeal. He noted how other pioneering rock icons like Elvis and the Beatles are celebrated while Black music icons like Brown and Curtis Mayfield who also passed away several years ago in late December are pretty much forgotten.

This oversight and lack of celebration is not by accident, but instead indicates a larger problem within the Black community where history is discouraged and downplayed. It seems to be a continuum of the edict applied to Black folks when we first brought over to this country, which was to strip away and erase one's cultural heritage. The lack of knowledge of our musical history is a microcasm for what is going on in the larger society.
For example, today the average African American 18 year old not only knows more about Souljah Boy and his new dance than he does James Brown, but he probably couldn't care less about the Godfather of Soul's immense contributions. That attitude may extend to a dis-interest in political and social history. So he may not know about James Brown, the Black Panthers, SNCC or the local heroes and sheroes who paved the way for him.

Part of this disconnect is elders in particular parents not taking time to pass down the info, but that disconnect is equally fostered by popular urban media outlets that rarely celebrate and expose that history to their audience. Aside from the BET Tribute during an awards show which Public Enemy participated, there has been barely a mention. During our conversation, Chuck noted what I had personally experienced where many urban radio stations refuse to play records more than 5 years old aside from an occasional specialty shows or old school mix. Not only is the soul and blues history lost to the masses but increasingly Hip Hop's recent history. If you don't belive it ask that 18 year old Souljah Boy fan if he ever heard an X-Clan, Big Daddy Kane or MC Lyte record. Contrast that with a 18 year old rock fan and see if he or she ever heard of Nirvrana, U2 or Red Hot Chili Peppers who were out around the same time as their Hip Hop counterparts. Chuck is on a mission to change that...