The Campaign In Black & White 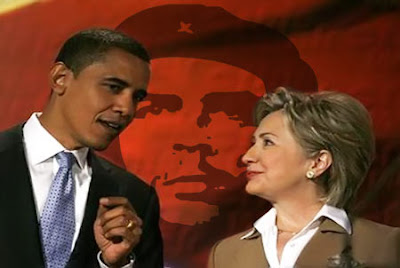 He's a smart fellow and so Barack Obama surely knew what was in store
for him if he ever looked like taking the Democratic nomination away
from Hillary Clinton. The Clintons' relationship with African-Americans
has always been starkly instrumental. When he was in trouble with white
voters in New Hampshire in 1992 Governor Bill sprinted back to Little
Rock to preside over the execution of a mentally retarded black man. To
ensure her husband's victory in his reelection race in 1996 Hillary
insisted Bill chop poor mothers--a good slice of them black--off the
welfare rolls. Nonetheless many blacks rooted for Bill, absurdly dubbed
by Toni Morrison "the first black president" and in the impeachment
crisis over Monica Lewinsky they were his most steadfast friends, as
Bill recognized when he summoned the Rev Jesse Jackson into the White
House to help him pray for forgiveness and redemption.

Other well known landmarks in the Clintons' relations with blacks
include Bill Clinton's set-up of Sister Souljah and his disgusting
treatment of Lani Guinier and Jocelyn Elders. The Clintons reach out
when they have no alternative and stab you in the back when it seems
marginally to their advantage. They are without doubt among the most
unprincipled duos ever to have operated in the upper tiers of American
political life.

Obama learned too from Jackson's fate in 1988 when the Chicago preacher
took Iowa by storm and surged on unprecedented victories in a slew of
spring primaries. The press ignored the hefty white votes for Jackson
and within weeks Jackson had been neutralized by the opportune
disclosure (by a black Washington Post reporter) of a private
conversation in which Jackson had deprecated New York as "Hymietown". He
spent the rest of the year alternately apologizing and complaining
correctly that his function was to "bale up" black votes for the white
Democratic ticket.

So Obama tried to inoculate himself by sticking limpet-like in his early
Senate days to Senator Joe Lieberman, Israel's most rabid advocate in
the U.S. Congress. Any black community organizer in Chicago is no
stranger to the downside of the American dream but Obama purged his
rhetoric of populism or outrage and has levitated on soft cushions of
hot air about "change", thus emulating Franklin Delano Roosevelt in
1932. As Eva Liddell recently pointed out on this site , FDR talked also
in vague terms about change and told jobless and starving Americans that
the only thing they had to fear was fear itself. He was elected and the
outgoing Congress rewarded him by repealing prohibition. Americans duly
banished fear and welcomed hope by getting legally drunk.

Obama led a charmed life and then he won Iowa. Already in New Hampshire
Hillary's campaign manager Billy Shaheen had warmed up voters by
reminding them Obama was unelectable because of his past "drug use" as a
pot-smoker and a cokehead. Between the tears that established her
femininity Hillary snarled that whereas the black Martin Luther King was
a merchant of dreams it took a white president, Lyndon Johnson, to get
the Civil Rights bill through Congress. Andrew Cuomo, a prominent New
York Democrat, said he was tired of Obama's "shuck and jive". The former
US senator from Nebraska, Bob Kerrey, hammered home the insinuations
that Obama had Husain as a middle name, Muslim family affinities and
went to school a madrasseh. Bill Clinton, a career liar, said Obama was
a peddler of fairy tales.

Then came the announcement earlier this week of a truce on the growing
racial acrimony. This was instantly broken as Bob Johnson, a
communications czar, America's first black billionaire and a big Hillary
supporter, stood next to Hillary on a campaign platform in South
Carolina and said the Clintons had been fighting for black justice while
young Obama was still "doing something in the neighborhood"--i.e., doing
drugs behind the schoolyard fence.

Racial decorum is paper-thin at best in America, and already the gloves
are half way off. Obama's home preacher and spiritual counselor,
Jeremiah Wright, told a huge and applauding congregation in his church
in Chicago that "some argue that blacks should vote for Clinton because
her husband was good to us. That's not true! He did the same thing to us
that he did to Monica Lewinsky." The Rocky Mountain News excitedly
reported that at a stockmen's gathering in Colorado a speaker had joked
that if Obama becomes president it won't be called the White House any
more. So now the press is relaying rodeo banter? Of course this went up
on the Drudge site in a matter of seconds.

Now the couple have been locked in grim struggle, in Nevada and most
momentously for now in South Carolina, scheduled for January 26. This is
called the black primary since it's the contest most likely, on the
Democratic side, to be swayed by the large black vote. Clinton campaign
money has been liberally distributed to the all-important black churches
whose preachers will be rallying the vote. The Clintons' instinct is to
trash Obama, betting that whatever offense they cause to blacks will
abate by the time Hillary has to face a Republican in the fall. Obama
has the same problem in reverse. Any angry black talk may help him in
the short term in South Carolina but would get him trashed by the
Clintons and in the press as "divisive" and explode the vital message
that he is safely "above" the racial divide. As the Nevada deadline
neared he even invoked Ronald Reagan as a benign and creative force,
drawing yelps of reproof from Hillary Clinton on account of Reagan's
antilabor record. As if Clintonism wasn't the quintessence of
antilaborism, as articulated by the Democratic Leadership Council.

It won't be long before the Clinton campaign circulates some of Rev
Wright's sermons linking Zionism with racism, and brandishes the photo
of Mr and Mrs Barack Obama having lunch with the late Edward Said,
America's best known Palestinian. Already they're trying to link
Wright's church to Louis Farrakhan. Jackson can predict accurately to
Obama what will happen next and those speeches praising Senator Joseph
Lieberman won't help. No, a Clinton-Obama ticket is not likely. The
Clntons take their fights bitterly and while it may be true that America
is ready for a woman president, the notion that it would be similarly
receptive to a black president is truly open to challenge.
on January 21, 2008