2 Boys Kill Themselves After Saddam's Hanging 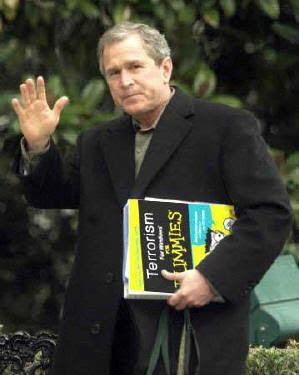 (CBS/AP) Police and family members said a 10-year-old boy who died by hanging himself from a bunk bed was apparently mimicking the execution of former Iraqi leader Saddam Hussein.

"It appears to be accidental," Claunch said. "Our gut reaction is that he was experimenting."

An autopsy of the fifth-grader's body was pending.

Julio Gustavo, Sergio's uncle, said the boy was a happy and curious child.

He said Sergio had watched TV news with another uncle on Saturday and asked the uncle about Saddam's death.

"His uncle told him it was because Saddam was real bad," Gustavo said. "He (Sergio) said, 'OK.' And that was it."

Sergio's mother, Sara Pelico DeLeon, was at work Sunday while Sergio and other children were under the care of an uncle, Gustavo said. One of the children found Sergio's body in his bedroom.

Police said the boy had tied a slipknot around his neck while on a bunk bed. Police investigators learned that Sergio had been upset about not getting a Christmas gift from his father, but they don't believe the boy intentionally killed himself.

A 9-year-old Pakistani boy also apparently hanged himself re-enacting Hussein's execution with the help of elder sister by tying a rope to a ceiling fan and his neck in his home, Agence France-Presse reported.

The boy's father said his children attempted to imitate the hanging while other family members thought they were playing in another room.

Clinical psychologist Edward Bischof, of California, said children Sergio's age mimic risky behaviors they see on TV — such as wrestling or extreme sports — without realizing the dangers. He said TV appeared to be the stimulant in Sergio's case.

"I would think maybe this kid is trying something that he thinks fun to act out without having the emotional and psychological maturity to think the thing through before he acts on it," Bischof said.

Family members held a memorial for the boy Wednesday in the apartment complex activity center. Gustavo said the family is trying to put together enough money to send Sergio's body to Guatemala for burial.

"I don't think he thought it was real," Gustavo said of Saddam's hanging. "They showed them putting the noose around his neck and everything. Why show that on TV?"

© MMVII, CBS Interactive Inc. All Rights Reserved. This material may not be published, broadcast, rewritten, or redistributed. The Associated Press contributed to this repo
on January 05, 2007