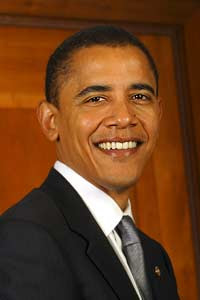 JAKARTA, Indonesia (CNN) -- Allegations that Sen. Barack Obama was educated in a radical Muslim school known as a "madrassa" are not accurate, according to CNN reporting.

Insight Magazine, which is owned by the same company as The Washington Times, reported on its Web site last week that associates of Sen. Hillary Rodham Clinton, D-New York, had unearthed information the Illinois Democrat and likely presidential candidate attended a Muslim religious school known for teaching the most fundamentalist form of Islam.

Obama lived in Indonesia as a child, from 1967 to 1971, with his mother and step-father and has acknowledged attending a Muslim school, but an aide said it was not a madrassa.

Insight attributed the information in its article to an unnamed source, who said it was discovered by "researchers connected to Senator Clinton." A spokesman for Clinton, who is also weighing a White House bid, denied that the campaign was the source of the Obama claim.

He called the story "an obvious right-wing hit job."

Insight stood by its story in a response posted on its Web site Monday afternoon.

The Insight article was cited several times Friday on Fox News and was also referenced by the New York Post, The Glenn Beck program on CNN Headline News and a number of political blogs.
School not a madrassa

But reporting by CNN in Jakarta, Indonesia and Washington, D.C., shows the allegations that Obama attended a madrassa to be false. CNN dispatched Senior International Correspondent John Vause to Jakarta to investigate.

"This is a public school. We don't focus on religion," Hardi Priyono, deputy headmaster of the Basuki school, told Vause. "In our daily lives, we try to respect religion, but we don't give preferential treatment."

Vause reported he saw boys and girls dressed in neat school uniforms playing outside the school, while teachers were dressed in Western-style clothes.

"I came here to Barack Obama's elementary school in Jakarta looking for what some are calling an Islamic madrassa ... like the ones that teach hate and violence in Pakistan and Afghanistan," Vause said on the "Situation Room" Monday. "I've been to those madrassas in Pakistan ... this school is nothing like that."

Vause also interviewed one of Obama's Basuki classmates, Bandug Winadijanto, who claims that not a lot has changed at the school since the two men were pupils. Insight reported that Obama's political opponents believed the school promoted Wahhabism, a fundamentalist form of Islam, "and are seeking to prove it."

"It's not (an) Islamic school. It's general," Winadijanto said. "There is a lot of Christians, Buddhists, also Confucian. ... So that's a mixed school."

Fox News executive Bill Shine told CNN "Reliable Sources" anchor Howard Kurtz that some of the network's hosts were simply expressing their opinions and repeatedly cited Insight as the source of the allegations.

Obama has noted in his two books, "Dreams From My Father" and "The Audacity of Hope," that he spent two years in a Muslim school and another two years in a Catholic school while living in Indonesia from age 6 to 10.
on January 22, 2007