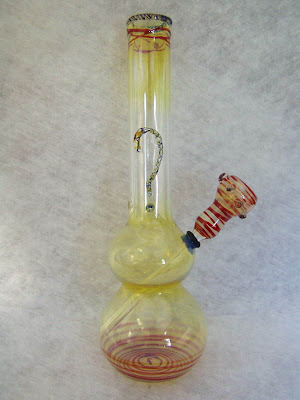 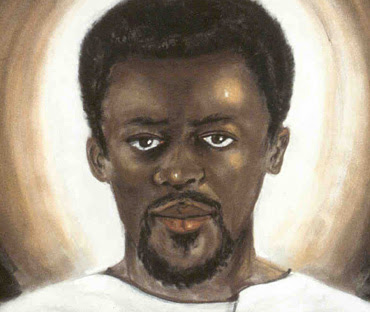 If the justices conclude Joseph Frederick's homemade sign was a pro-drug message, they are likely to side with principal Deborah Morse. She suspended Frederick in 2002 when he unfurled the banner across the street from the school in Juneau, Alaska.

"I thought we wanted our schools to teach something, including something besides just basic elements, including the character formation and not to use drugs," Chief Justice Roberts said Monday. (Watch why "bong hits" are on the court's plate Video)

But the court could rule for Frederick if it determines that he was, as he has contended, conducting a free-speech experiment using a nonsensical message that contained no pitch for drug use.

"It sounds like just a kid's provocative statement to me," Justice David Souter said.

Students in public schools don't have the same rights as adults, but neither do they leave their constitutional protections at the schoolhouse gate, as the court said in a landmark speech-rights ruling from Vietnam era.

Morse, now a Juneau schools' administrator, was at the court Monday. Frederick, teaching and studying in China, was not.

Former independent counsel Kenneth Starr, whose Kirkland and Ellis law firm is representing Morse for free, argued that the justices should defer to the judgment of the principal. Morse reasonably interpreted the banner as a pro-drug message, despite what Frederick intended, Starr said.

School officials are perfectly within their rights to curtail student speech that advocates drug use, he said. "The message here is, in fact, critical," Starr said.

Starr, joined by the Bush administration, also asked the court to adopt a broad rule that could essentially give public schools the right to clamp down on any speech with which they disagree. That argument did not appear to have widespread support among the justices.

Douglas Mertz of Juneau, Frederick's lawyer, struggled to keep the focus away from drugs. "This is a case about free speech. It is not a case about drugs," Mertz said.

Conservative groups that often are allied with the administration are backing Frederick out of concern that a ruling for Morse would let schools clamp down on religious expression, including speech that might oppose homosexuality or abortion.

The outcome also could stray from the conservative-liberal split that often characterizes controversial cases.

Justice Samuel Alito, who wrote several opinions in favor of student speech rights while a federal appeals court judge, seemed more concerned by the administration's broad argument in favor of schools than did his fellow conservatives.

"I find that a very, a very disturbing argument," Alito told Justice Department lawyer Edwin Kneedler, "because schools have ... defined their educational mission so broadly that they can suppress all sorts of political speech and speech expressing fundamental values of the students, under the banner of getting rid of speech that's inconsistent with educational missions."

Justice Stephen Breyer, in the court's liberal wing, said he was troubled a ruling in favor of Frederick, even if he was making a joke, would make it harder to principals to run their schools.

"We'll suddenly see people testing limits all over the place in the high schools," Breyer said.

On the other hand, he said, a decision favorable to the schools "may really limit people's rights on free speech. That's what I'm struggling with."

Scores of students waited outside the court early Monday for a chance to listen to the arguments.

Ninth graders on a class trip from Mosinee, Wisconsin, were in general agreement on the issue. Cari Kemp, 15, said Frederick's protest was "just a joke" but that "the school took it too far."

The justices, as they often do, sought to probe the limits of each side's argument by altering the facts one way or another.

What if, Souter asked, a student held a small sign in a Shakespeare class with the same message Frederick used. "If the kids look around and they say, well, so and so has got his bong sign again," Souter said, as laughter filled the courtroom. "They then return to Macbeth. Does the teacher have to, does the school have to tolerate that sign in the Shakespeare class?"

Justice Antonin Scalia, ridiculing the notion that schools should have to tolerate speech that seems to support illegal activities, asked about a button that says, "Smoke Pot, It's Fun."

Or, he wondered, should the court conclude that only speech in support of violent crime can be censored. "'Extortion Is Profitable,' that's okay?" Scalia asked.

A clear majority seemed to side with Morse on one point, that she shouldn't have to compensate Frederick. A federal appeals court said Morse would have to pay Frederick because she should have known her actions violated the Constitution.