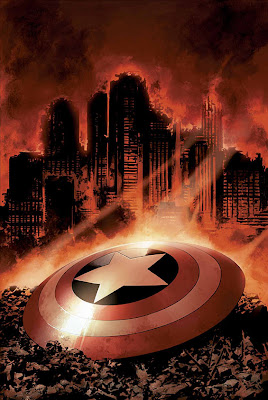 "The Bush-Cheney regime is America’s first neoconservative regime. In a few short years, the regime has destroyed the Bill of Rights, the separation of powers, the Geneva Conventions, and the remains of America’s moral reputation along with the infrastructures of two Muslim countries and countless thousands of Islamic civilians. Plans have been prepared, and forces moved into place, for an attack on a third Islamic country, Iran, and perhaps Syria and Hezbollah in Lebanon as well."-Paul Craig Roberts IN Americans Have Lost Their Country.

No Wonder Bush had Captain America assassinated.
on March 07, 2007