Damn...Snoop Is A Cokehead Too 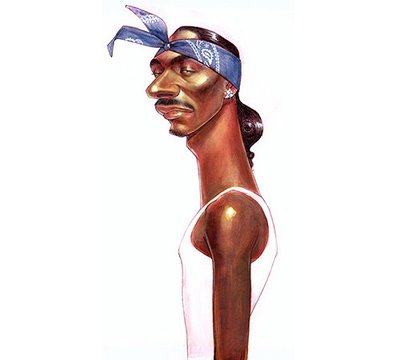 Snoop Dogg was arrested yesterday (Nov. 28) in Burbank, CA, as he was leaving NBC studios after a performance on The Tonight Show with Jay Leno. Snoop, 35, and two associates were pulling out of NBC studios around 6pm, when police stopped their vehicle, armed with a search warrant. All three men were arrested after police found a handgun, and small amounts of marijuana and cocaine in the vehicle. Snoop was arrested for investigation of being a convicted felon in possession of a firearm, possessing cocaine, transporting marijuana and having a false compartment in his vehicle. Also arrested were Michael Mingo, 33 and Lovell Polk, 36. According to police, both men are acknowledged gang members who are associates of the rapper. Snoop Dogg, who recently dropped his new album Tha Blue Carpet Treatment, was released on $60,000 bail. The rapper will be arraigned on the charges on Jan. 11.
on November 29, 2006